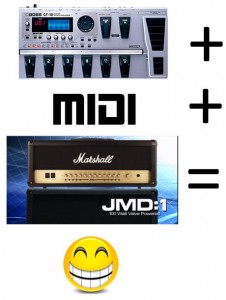 I have had the idea for this article reading the post on the forum Bossgtcentral Marshall JMD:1 and BOSS GT 10, where the author wonders if he could store and select different channels in his Marshall JMD series amplifier via his BOSS GT-10 guitar effects pedal through a MIDI connection.

In fact it is a dream come true for a guitarist: having with a single pressure of your foot the power to change instantaneously the patch of your pedal and select the channel of your amplifier.

So read this post if you want to discover what is possible to do and how.

Inside there are many references to the owners manuals of these devices that you can freely download here: 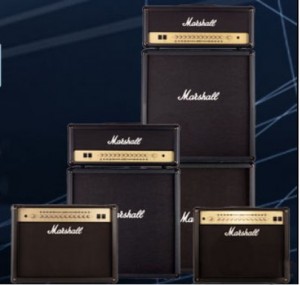 This series is the successor of JMP-1 pre-amplifier, and is one of the most comprehensive and sophisticated series of amplifiers that Marshall has ever created. These amplifiers have a full digital pre-amplifier section based on the Natural Harmonic Technology™  from Softube™ that offers 16 typologies with a variety of modern and classic Marshall tones as the 1959, JCM800, JCM2000, JVM and  JMP-1, and some new ones exclusive to this series.

The power amp section is based on Marshall’s proprietary EL34 architecture, whose analogue circuitry is also altered to complement the different pre-amplifiers.

Moreover, these amplifiers contains even a studio quality effects section with various types of modulation and delay effects.

All the settings can be stored into presets recallable by the front panel, the supplied foot controller or via MIDI communication. 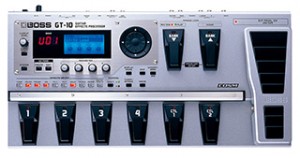 The BOSS GT-10 Guitar Effects Pedal has been the flagship of their floor guitar pedal board products until the arrive of its follow up BOSS GT-100.

Despite the launch of the successor model, there are several opinions that prefer the GT-10 to the new GT-100, and anyway there are a lots of GT-10 around and the attention on it is still high.

It’s a powerful device that is equipped with an high performance processor that relies on the BOSS COSM (Composite Object Sound Modeling) technology. Some facts and figures from its Owner’s manual are:

You can recall the tone presets of a Marshall JMD series amplifier from a BOSS GT-10 guitar effects pedal via a MIDI connection.

In brief, when you select a patch on the GT-10 you select even a tone preset on the JMD amplifier, changing with a simple foot pressure both the guitar effects and the amplifier settings. But what is possible to do depends on the MIDI features of both devices.

The BOSS GT-10 MIDI features are described into “Chapter 6 Using the GT-10 with External MIDI Devices Connected” that starts at page 79 of its owners manual, and its architecture is more complex. This guitar effects pedal contains 400 patches, 200 user modifiable (“U” ones) and 200 factory preset not modifiable (“P” ones). Paragraph “Changing Patch Numbers on an External MIDI Device from the GT-10” at page 85 of its owners manual describes how it can command an external device. 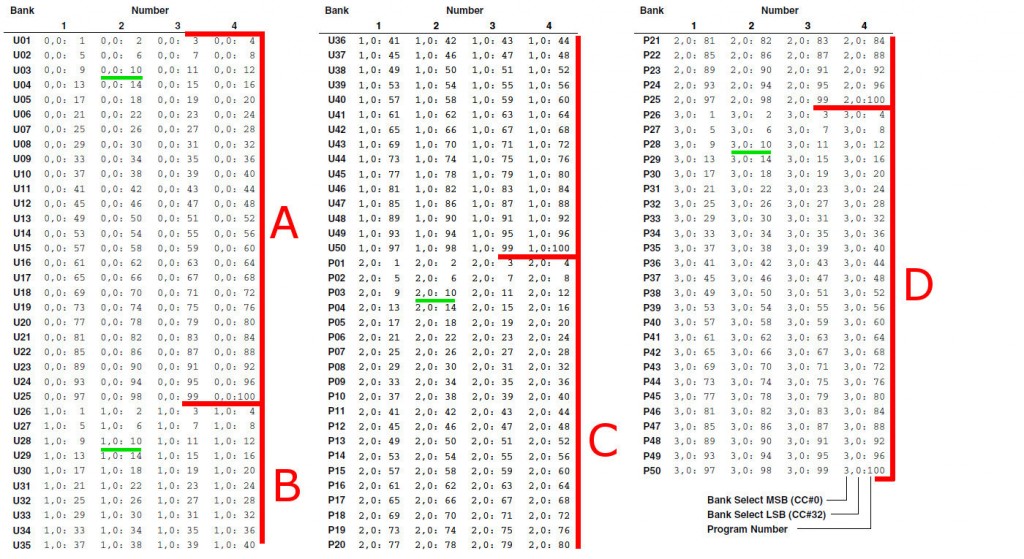 When a patch is selected, the GT-10 outputs from its MIDI Out connector Bank Select and Program Change messages containing the values of CC#0, CC#32 and Program Number showed in the table on the left. But the JMD amplifier listens only to Program Change messages, and the GT-10 sends these messages containing Program Numbers from 1 to 100 that are repeated inside the groups named A, B, C and D in the table. This means that for example the patches:

when selected output the same Program Number 10, as highlighted in green.

In conclusion, what is possible to do is:

400 patches of BOSS GT-10 can be associated to 100 presets of Marshall JMD amplifier, but considering that every group of 4 patches will recall the same preset

In order to command a Marshall JMD series amplifier from a BOSS GT-10 guitar effects pedal you must connect and prepare the stuff before.
Once connected you have to properly configure the necessary MIDI settings, than you have to associate the BOSS GT-10 patches that you want to use to as many Marshall JMD presets.

Yes, one simple cable connection is enough in order to be ready to command the amplifier from the pedal.

You don’t have to set anything on both devices about MIDI channels because JMD amplifier operates in OMNI mode, that means that listens to every MIDI channel, so it doesn’t matter which transmit channel (1-16) the GT-10 uses.

It’s assumed here that the BOSS GT-10 guitar effects pedal and the Marshall JMD series amplifier are properly connected and the necessary MIDI settings have been done as illustrated in the previous paragraph.

( 1 ) On the GT-10 select a patch other than the one that you want to associate to the JMD preset. The reason is that the GT-10 outputs the Program Change Message of the destination patch only once when you switch from a patch to another.

( 2 ) On the JMD amplifier create a new tone or recall an existing  preset manually or via the footswitch. To store it, press the Footswitch / MIDI program switch (7) on the front panel twice. Its LED will flash until a valid MIDI Program Change Message is received, meaning that the amplifier is waiting for receiving the Program Change Message that will command the storage of the current settings into the preset associated to the Program Number contained into the message  (see paragraph “MIDI” at page 13 of amplifier’s owners manual).

If you want to exit this mode without waiting for a command, press the Footswitch / MIDI program again.

( 3 ) On the GT-10 select the patch that you want to associate to the current amplifier’s regulations. The amplifier’s Footswitch / MIDI program switch LED (7) on the front panel should stop flashing, meaning that its has stored the current settings in the preset corresponding to the Program Number contained into the Program Change Message received from GT-10. Each time that you select this patch on the BOSS GT-10, you will recall even this specific preset on the Marshall JMD amplifier.

BOSS GT-10 Guitar Effects Pedal: How to Make the Connections to Obtain the Best