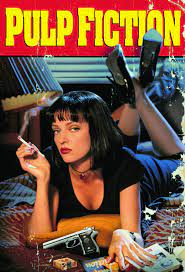 “Misirlou“, sometimes called also “Miserlou“, is a song that everybody of us heard even if a few know its title.

This song was brought to wide popularity by the Quentin Tarantino movie Pulp Fiction in 1994 of which was the opening iconic theme, but his amazing history has roots back in centuries and an uncertain origin lost in time.

And before and after Pulp Fiction movie, it has been played by many artists and plenty of arrangements worldwide.

Let’s discover its history and enjoy some of its versions.

The title: Misirlou (Μισιρλού) is the feminine form in Greek language of “Misirlis” (Μισιρλής- a surname) derived by the Turkish language word “Mısırlı” that literally means “Egyptian“. Therefore, it is believed that the song is about an Egyptian woman.

The composition: the song has origins in the Eastern Mediterranean region of the former Ottoman Empire, but its original author is unknown. There are evidences that it was known to Arabic musicians, Greek rebetiko musicians and Jewish klezmer musicians since the 1920s.

Misirlou’s oriental melody has been so popular for so long that many musicians, from Morocco to Iraq, claim it to be a folk song from their own country.

The first recordings: the earliest known recordings seems to belong to the rebetiko musician Theodotos (“Tetos”) Demetriades (Greek: Θεόδοτος (“Τέτος”) Δημητριάδης) in 1927, an Ottoman Greek moved to the United States, and  Michalis Patrinos in Greece, circa 1930.

In 1941 Nick Roubanis, a Greek-American musician, released an instrumental arrangement of the song crediting himself as the composer. Since his claim was never legally challenged, he is still officially credited as the composer today worldwide, except in Greece where credit is given to either Roubanis or Patrinos.

The road to popularity:

More history: if you are interested in knowing more about Misirlou history, read this article on Wikipedia.

Here you can listen to some Misirlou versions, just a part of the many that have been released during the years. Despite the completely different musical styles adopted, it is impressive how the song transmits anyway its charisma.

We are obligated to start from the most famous one, the instrumental surf-rock version recorder by Dick Dale and his Del-Tones used for Pulp Fiction movie opening title:

Remaining on Dick Dale and Del-Tones versions, this is an exhibition of 1963:

Continuing of exploring the old times, this is a version from the Greek singer Sofia Vempo:

A release belonging to another Greek singer, Danai Stratigopoulou:

Surprisingly, Pulp Fiction was not the first movie in the history to use Misirlou. A version from Martin Denny was used in the movie The Indian Tomb for the very sensual “Snake dance scene” performed by Debra Paget (watchable only on YouTibe because of age restrictions 🙂 ):

The next one is an amazing interpretation performed by the trio formed by the crossover violinist Caroline Campbell, the pop pianist William Joseph and the rock cellist Tina Guo:

Ready for an outstanding live version? Watch this one performed by the Lebanese violinist Ara Malikian and his band:

Remaining on live performances, this is a completely different approach from the Ukulele Orchestra of Great Bretain:

If you want to listen to a kind of “ska” style arrangment, listen to the Czech band Brass Avenue: