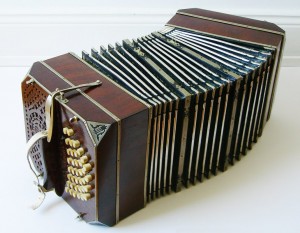 Bandoneons are always a mystery…

The bandoneon is a most curious musical instrument. It is an accordion-like free reed instrument derived from the German concertina, and it was originally intended to be used for folk music and as portable organ for religious ceremonies.

Invented at the half of the XIX century it probably arrived to Buenos Aires towards the end of that same century with some immigrants from Europe, and quickly become the most typical and essential instrument of the music of the Rio de La Plata area, which we know as Argentine Tango.

A few characteristics will quickly make you realize how “magical” this instrument is: it can be played in all keys, it has a variety of “touch” and “attack” possibilities, it can be played continuously like an organ, it has a wide tonal range, it allows to vary the intensity of sustained sounds like strings do, it matches a piano in the sound volume, and it is small and portable!

One of the most famous interpreters of the bandoneon, Astor Piazzolla, describes in this short piece of interview some peculiarities of the bandoneon sound and technique, which is pretty difficult to deal with…. 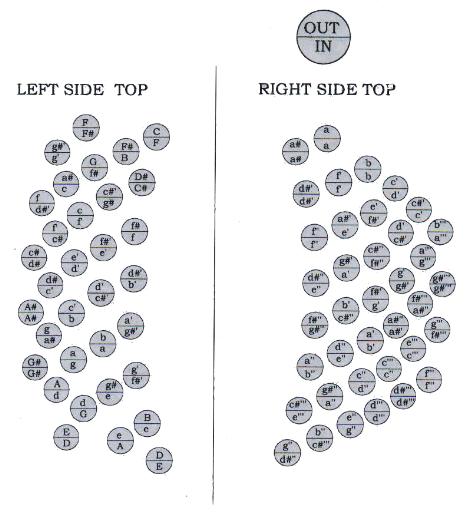 If it seems complicated, do not forget that in each layout the tones are not arranged in any kind of regular fashion (like they would be in the piano for example), but more similarly to the letters on a computer keyboard which are not arranged in alphabetical order.
The instrument is not so big, width and height being around 30 cm. The bellow can extend from around 15 cm to almost one meter of length, a powerful and sensitive source of air pressure.

The left hand produces a warm sound, similar to a cello, while the right hand has a more direct timbre, almost like a trumpet. Altogether a bandoneon is like the combination of two different instruments, offering a huge variety of interpretation possibilities.

Interestingly, the tonal range of the bandoneon left side is almost exactly equal to the combination of the ranges of human male voices (from bass to tenor), while the right side starts from the lower end of the female contralto range, and goes all the way to the highest notes of a soprano, and more. When they ask me if the bandoneon is “male” or “female”, I answer “it’s both!”

The coincidence of the bandoneon ranges with the extension of human voices might be accidental or not, but it certainly contributes to the “human” feeling of its “spoken” sound.

And it makes it a joy to play 4 voices chorals!

When I started playing the bandoneon I started to realize why I did not completely fall in love with the piano, many years before. I realized that the piano is something that you sit at, it is in front of you, but it is “there”. The bandoneon is something you hold in your lap, you embrace it, it dances with you, it is a very physical experience.

The sound comes from metal reeds mounted on heavy zinc plates, a mechanism similar to  the one used in accordions and harmonicas. In particular,  in the bandoneon the sound of each tone comes from two separate reeds tuned in perfect octave, thus providing a rich content in partial harmonics to the timbre. 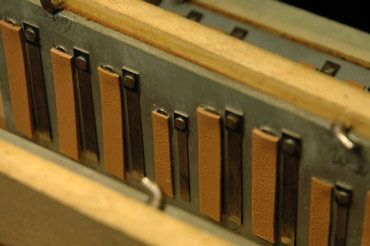 Tuning the instrument requires careful scratching of the reeds. Removing a bit of metal from the top or the bottom of the reed changes its mass distribution and, as a consequence, its vibrating frequency. It is a delicate operation, usually done by experienced luthiers, and it could take quite some time (there are almost 300 reeds in an instrument).

We could spend many words to describe “how it sounds”, but by far it is easier just listening to it…..

How the bandoneon can change your life

I have had a good deal of classical piano education in my youth, but I did not go for a career as a pianist at that time. I had studied a lot, but maybe I did not have so much fun. Studying physics at the University was indeed more fun. Interesting lessons, amazing people, stimulating environment. And eventually I worked as an experimental physicist for some 10 years.

In the meantime I discovered Argentine Tango and started dancing regularly in milongas (tango dancing venues) and travel around for Tango Festivals and events. I quickly realized that Argentine Tango was “my music”, and slowly the wish to start playing again grew into me. And the bandoneon sound was the very beating heart of that music. I remember myself breaking into tears the first time I heard an Argentine tango ensemble playing live, and the visits to my dear friend and fellow musician Giorgio Marega to let me see his bandoneon and hold it in my hands.

In 2006 I heard about Tango seminars for musicians with a famous bandoneon player living in Italy, Hector Ulyses Passarella. So I attended one, as piano player. That experience was my first step into making tango music. At the same time I bought my first bandoneon and later that year, forced to stay at home for a few months to recover from a leg injury, I finally had the opportunity to take some time to start studying it.

There was no way back: in the summer of 2007 I left my job as physicist and moved to the Netherlands to study full time at the Tango Department of the Rotterdam Conservatory (www.codarts.nl).

In 2011 I took my Diploma in bandoneon and I am now back to Italy working as bandoneonist and tango musician. Isn’t that great?!

During the Golden Age of Tango, between the 30’s and 50’s of the XX century, there were hundreds of working orchestras in Buenos Aires. The so called Orquesta Tipica was formed by piano, double-bass, a string section (3-4 violins, viola, cello) and a bandoneon section with 4 or 5 players. The role of the bandoneon section in the Orquestas is double (how can it be different with such a multifaceted instrument..). It can be used to sing a melody, usually harmonized in voices, sharing this function with the string section. In other moments the bandoneon section can be used to provide a powerful rhythmical pulse. Listen to the legendary orchestra of Juan D’Arienzo, to know what I mean….

Since a few decades Tango has know an explosion of popularity all over the world. Nowadays you can find groups of enthusiastic dancer and milongas everywhere. At the same time new Tango music ensembles are formed, and they experience growing popularity. Some focus on a more traditional repertoire for dancing, others consider Tango as a mature form of music per se, new arrangement are being written, including contaminations with other musical genres such as jazz, latin or classical music. The bandoneon is also reaching its maturity. Born as a simple folk instrument, is nowadays considered not less than “noble” instruments like a violin or a piano, and a new generation of bandoneonists have brought the development of the technique and the expression possibilities to a new level. Carlos Corrales, Victor Hugo Villena, Michael Zisman, Marcelo Nisinman, just to name a few. Even though finding a good teacher in Europe is still very difficult, a growing number of musicians discover and start to play the bandoneon. Maybe one day there will be more Conservatories and music schools offering bandoneon classes, after the pioneering examples of www.codarts.nl in the Netherlands and the Conservatoire de Genneviliers in Paris. 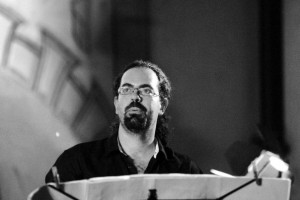 Francesco is an Italian bandoneonist and pianist that owns a diploma in tango music and bandoneon received by the Codarts Conservatory in Rotterdam (the Netherlands), where he studied with outstanding Argentinian maestros like Victor Hugo Villena and Gustavo Beytelmann.

His international experience in instrumental tango goes from small ensembles, such as Cuarteto El Entrerriano, the Astorpia quintet, Tango Dorado, to full orchestras like the Gran Orquesta Tipica OTRA of the Rotterdam Consevatory and the orchestra of the Café Tango Music Award in Stuttgart. Furthermore he developed the original duo bandoneon and doublebass, together with the bassist Virgilio Monti.

Pianist since his childhood, he discovered tango through the dance, and later the bandoneon attending the seminars of Hector Ulises Passarella.

He has a solid experience in the transcription from the recordings of the great orchestras of the golden age of tango, and in the arrangement for bandoneon solo and for ensembles.

In 2011 he moved to Parma and joined the Tango Spleen Orchestra.

5 comments to “The Bandoneon”