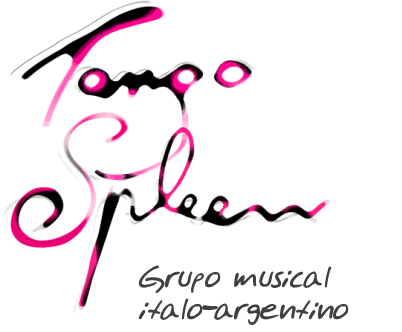 Tango Spleen Orquesta is an ensemble simply devoted to tango.

It originated from the vision of the Argentinian pianist, composer and singer Mariano Speranza, is based in Italy and composed by young Italian and Argentinian musicians. In their repertoire there are eminent tangos written by great authors of this genre like Astor Piazzolla, Carlos Gardel, Horacio Salgan, reinterpretations of songs played by the great tango orchestras of the past and some original compositions from Mariano Speranza.

Despite their recent foundation, they have already been acclaimed in prestigious festivals and happenings in Italy, Argentina and worldwide. Tango Spleen was the revelation at the Festival National de Tango de La Falda 2011 in Cordoba, Argentina, and have performed at important shows in Italy like among the others the Show for the Argentine Bicentenary at the Auditorium Paganini in Parma, Tango y Algo Mas at the Casa del Jazz in Rome, the International Festival Mujeres de Tango in Naples, Tango sulle Onde della Memoria at Auditorium Zanon in Udine, the fourth edition of the Festival Tango Emotion, the show Esto es Tango at the No’hma Theatre in Milan.

In 2010 Tango Spleen was awarded of the first prize at the Italian contest “Suoni senza Confini” thanks to the original composition Milonga Schupi, was awarded at the conference “On the move: i giovani per un futuro di valore” under the High Patronage of the Presidency of the Italian Republic, and invited to perform in Rome together with international artists.

During 2011 the Orquesta has been committed in an intense tour performing in various countries.  It toured in Argentina following the invitation from the “Festival Nacional de Tango de La Falda” being the first orchestra coming from Italy to be invited, sharing the stage with the most acclaimed interpreters of the genre. The tour continued at the prestigious Café Homero in Buenos Aires and in the historical Tango venues of the city of Cordoba. In February it played in the main cities of South Korea under the patronage of the Argentine Embassy in Seoul, and has performed repeatedly in Italy and Norway.

The following are examples of their live performances:

Do you want to know more about this ensemble? Keep on reading: 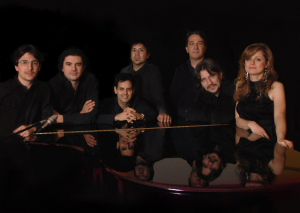 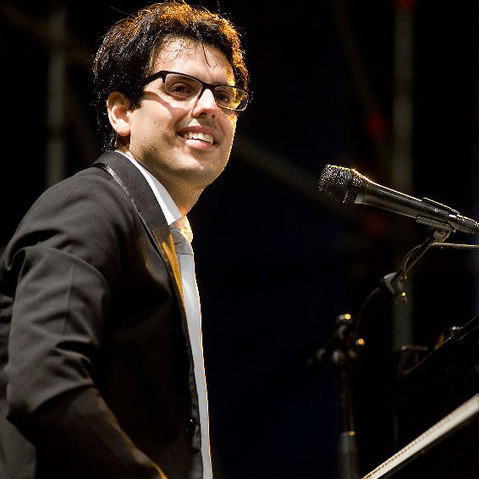 Mariano is an Argentinian composer, director, arranger, pianist and opera singer. He earned a diploma in piano and studied opera singing in the Argentinian city of Cordoba.

He is the founder and director of the ital-argentinian Orchestra Tango Spleen, that is committed in an intense concert activity worldwide. With Tango Spleen he has published the albums “Mariano Speranza Tango Spleen” in 2010 and “Tipico” in 2011. 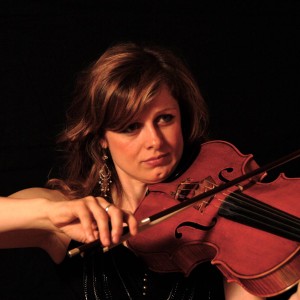 Elena is an Italian musician that owns a diploma in viola earned thanks to her studies with Olga Arzilli and  Jodi Levitz, and has attended the courses for orchestral training at the “Arturo Toscanini” Foundation in Parma and for chamber music.

Moreover she has participated to music/theater projects like “Deliri gastronomici“, “Antologia di Spoon River“, “Orlando furioso“, “Mondi della Memoria“, and played and recorded for some radio and television transmissions at RAI, the Italian public television.

She is actually playing tango music with Tango Spleen  and Tango Fatal Quintet, and is member of of the international orchestra of the “Tango y mas” festival. 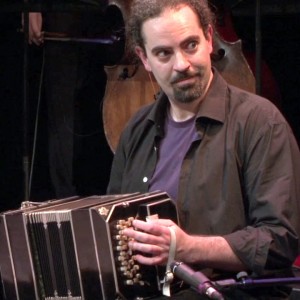 Francesco is an Italian bandoneonist and pianist that owns a diploma in tango music and bandoneon received by the Codarts Conservatory in Rotterdam (the Netherlands), where he studied with outstanding Argentinian maestros like Victor Hugo Villena and Gustavo Beytelmann.

His international experience in instrumental tango goes from small ensembles, such as Cuarteto El Entrerriano, the Astorpia quintet, Tango Dorado, to full orchestras like the Gran Orquesta Tipica OTRA of the Rotterdam Consevatory and the orchestra of the Café Tango Music Award in Stuttgart. Furthermore he developed the original duo bandoneon and doublebass, together with the bassist Virgilio Monti.

Pianist since his childhood, he discovered tango through the dance, and later the bandoneon attending the seminars of Hector Ulises Passarella.

He has a solid experience in the transcription from the recordings of the great orchestras of the golden age of tango, and in the arrangement for bandoneon solo and for ensembles. 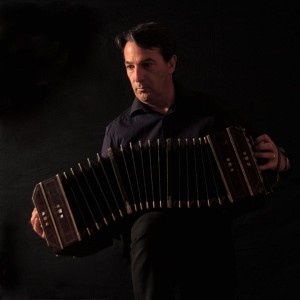 Giampaolo is an Italian pianist and bandoneonist. He earned a diploma in piano at the Conservatory “Morlacchi” in Perugia, and has won several Italian and international piano competitions.

During his career he recorded for RAI, the Italian public television, and in 1991 he focused on tango music, being a pioneer in taking this music in classic music venues and national chamber music festivals.

As a bandoneonist he is member of Tango Spleen and some others important Italian formations like Ensemble Hyperion, the Alejandro Fasanini Octet, Orquesta Tipica Marcucci, Letras de Tango.

He has performed at the most important Italian and European tango festivals, and in 2011 at the historical Festival de Tango de La Falda in Argentina. 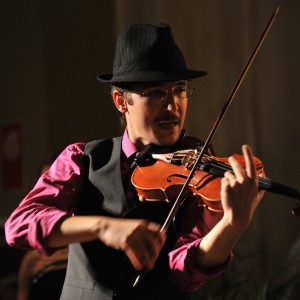 Andrea is an Italian violinist that earned a diploma at the Conservatory “Arrigo Boito” in Parma and has studied with Maestro Siskovic and Maestro Ferrari.

He is the first violin in Tango Spleen. 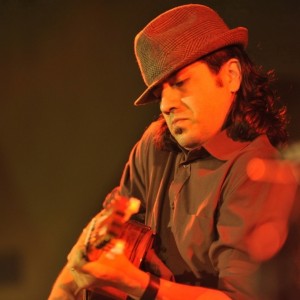 Silvio is an Argentinian guitarist, bassist and percussionist.

After his move to Italy in 2001 he developed other musical interests such as classical music and international folklore. He studied with Stefano Amato and with the Argentinian maestro Daniel Gomez, and attended various master classes with several teachers.

He is been playing since 2005 in duo with Mariano Speranza in a tango and Argentinian folklore project, performing in the main Italian cities and in Europe.

He is currently a member of Tango Spleen. 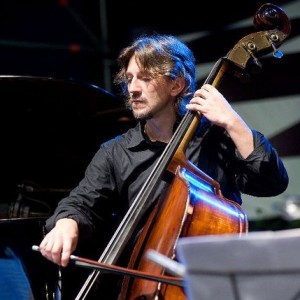 During his carrier he has collaborated as a classical music player with the “Città di Ravenna” orchestra, the “B. Maderna” orchestra from Forlì, the “Cappella Musicale Santa Maria dei Servi” orchestra from Bologna. He has also performed in modern music ensembles, such as “Mosaici Sonori“, the “Kandinsky” ensemble from Ravenna, the string quartet “Bareuco” from Tuscany, and in several theater projects.

He is currently a teacher of bass and doublebass at the “Messaggio Musicale Mariotti” music school in Forlì and in other schools.

He is permanent member of the Orquesta Tango Spleen, of the Hector Ulises Passarella ensemble and the international orchestra of the “Tango y mas” Festival, and of the ensembles “Hijos ilegitimos de Astor” and “Tangocinco”.

“Mariano Speranza Tango Spleen” is the first album released, and this is how Mariano describes it:

“This album was born from the exigence to try to define an idea of mine about tango and the feeling that let me start this project. It’s an anthology of  songs that includes eminent tangos and less known ones from important authors like Gardel, Piazzolla, Salgan, two compositions of mine (and with one of them, Milonga Schupi, we have won the “Suoni Senza Confini” contest in Italy in 2011) and an Argentinian zamba, a typical folk dance of the center-north of the country. There is lots of sentiment, a desire to begin, less discographic experience but with no doubt a spontaneous interpretation of every single musician.”

“Tipico” is the last album released recently in 2011, and this is how Mariano describes it:

“This album is the result of one year of intense work of study and research. Adaptations and transcription made without taking away anything from the original songs that I have chosen to highlight. There are reinterpretations of songs from the repertoires of great tango orchestras from the past century, the ones that delineated the character and created real interpretation styles. There are also two songs of mine: one is called Barro y Spleen, a tango, and the other is Milonga Schupi arranged in an orchestral version, without percussions, more classic. This work was born with the intention of giving a tribute to this internationally very unknown music, that sometimes is alloyed by the re-edition of absurd stereotypes, but instead so deserving to be retraced and represented.“

The following are Tango Spleen contacts and links: