This article is part of our Tubes / Valves for Guitar Amplifiers: the Comprehensive Guide.
It is updated regularly, so bookmark it and come back to visit it again. 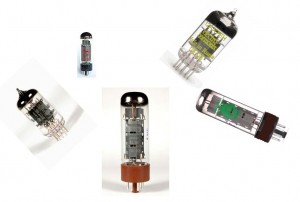 The niche world of tubes / valves for guitar amplifiers has its own jargon, i.e. its special language made of terms, definitions and acronyms. If you do not know the meaning and usage of these words, an article that treats an argument about tubes / valves seems to you like if it was written in sanskrit 🙂 .

This article is a glossary of all the words that belong to the jargon of this field, accompanied by an explanation that we strive to make as understandable as possible to everyone.

JargonOn Wikipedia it is defined like “Jargon is terminology which is especially defined in relationship to a specific activity, profession, group, or event. It is the language used by people who work in a particular area or who have a common interest. Much like slang, it can develop as a kind of short-hand, to express ideas that are frequently discussed between members of a group, though it can also be developed deliberately using chosen terms. A standard term may be given a more precise or unique usage among practitioners of a field. In many cases this causes a barrier to communication with those not familiar with the language of the field. As an example, the words RAM, bit, byte, CPU, and hexadecimal are jargon terms related to computing.“. You can find the complete article here.

NOS – New Old StockThe term NOS is the acronym of New Old Stock. Generally speaking, it is referred to obsolete equipment being offered for sale which was manufactured long ago but that has never been used nor sold at retail. In the field of tubes, a correct definition of a NOS tube is “any stocked item which is either A: out of production; B: discontinued from the current line of product; C: has been sitting on a stockroom or warehouse shelf for some time; or D: any combination of the above“. Other less common definitions of NOS are New Obsolete Stock, to further indicate that the parts have not been manufactured for several years, or New Original Stock, meaning that they are original equipment parts that remained in inventory for a use that never came.

TubeThe words tube and valve are synonyms indicating a device that relies on the flow of electric current through a vacuum to rectify, amplify or perform similar processing of electrical signals. The term tube is mostly used in North America, and is the short form of vacuum tube or electron tube; the term valve is mostly used in Great Britain and Europe, and is the short form of thermionic valve.