Yoso was a band active during 2009 and 2010 that has been defined “Super-Group”, “Mega_Group”, “Stellar-Group“, but in my opinion any of these terms is simply reductive to describe it, because it was formed by members coming from two of the most legendary bands of the past 30 years: Toto and Yes.

If you don’t know about “Yoso” here’s the deal. We have formed a new band called “Yoso” featuring Bobby Kimball {of Toto}, myself and Tony Kaye {Circa:/former Yes Members} along with Jimmy Haun {Circa:} and Jody Cortez on drums. We did a small tour of Mexico in Oct 2009 and I’m just finishing the mixing and editing of the DVD which should be available sometime in 2010 as will our debut “Yoso” CD featuring 12 new songs.

Yoso was rooted in classic rock with a progressive flavor as a consequence of the heritage coming from the experiences of the members, and you can hear it in the 12 songs that they wrote together. Unfortunately it has had a short life and has disbanded in early 2011, but has left some material behind. Regarding the 2009 small tour of Mexico I have found no track of the DVD mentioned by Billy and I suppose that it has never been released, but some videos about those concerts can be seen on the YouTube channel of Frontiers Records. Moreover, their debut and only CD was effectively released during July 2010 with the name of Elements. 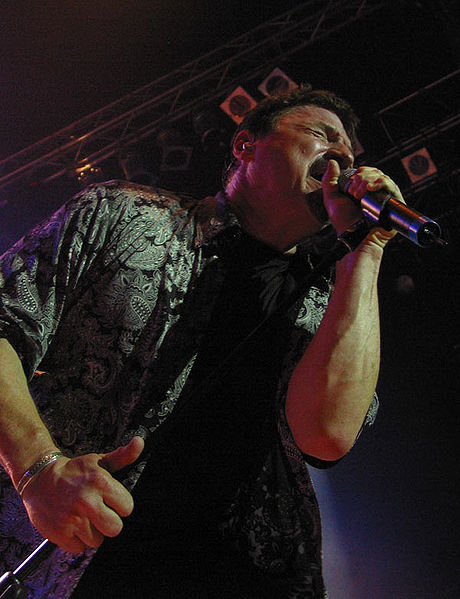 The group vocalist was Bobby Kimball. Is somebody asking who is Bobby Kimball? Oh, holy ignorance! He is the man who sang Rosanna and Hold the Line with Toto! 🙂

Bobby is an American singer, born Robert Troy Kimball on march 29th, 1947, in Vinton, Louisiana. He is an outstanding singer and a musician, that started playing piano when he was 4 years old and became a member of a band for the first time when he was only 8 years old. He grew up in Louisiana, and was exposed to a wide variety of music styles and high level musicians.

In the end of the 70’s when Jeffrey Porcaro and David Paich founded the band Toto he became the lead singer since the beginning. Bobby sang in the first four records of the band (“Toto”, “Hydra”, “Turn Back”, and “TotoIV”), and his career has undoubtedly reach the top with them. He left the band during the recording of the 5th record, and rejoined it in 1998. During this period he lived in Germany for 6 years, and recorded various CDs there.

But during his outstanding career he has sung in many record with lots of artists. Just to mention a few, with Al Jarreau in “Heart’s Horizon”, Jimi Jamison in “Empires”, Tom Jones in “Rescue me”, Diana Ross in “Baby, it’s me”, Barbra Streisand in “Wet”.

In this year, 2011, Bobby has toured for a couple of weeks in Kuwait and Iraq for the US troops, has just recorded a duets CD with Jimi Jamison from Survivor band that is going to be released during summer, and is working on several other projects. 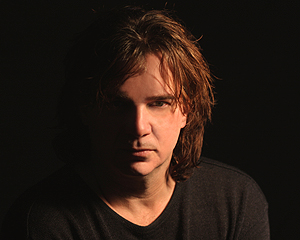 The group bassist and vocalist was Billy Sherwood . Billy is an American producer and multi-instrumentalist, born William Wyman Sherwood on March 14, 1965, in Las Vegas, Nevada.

He has had a remarkable career started at the age 15 and still in progress, extremely prolific and full of projects and collaborations. Even if he is most remembered as an official band member of Yes, from the beginning of his musical path Billy focused on being a recording engineer/producer, while working on his own band projects over the years he has also created a catalog of works in the production field, gaining a reputation in the music industry for projects packed with top notch musicianship.

Beside Yes and Yoso, he has been part of the bands Lodgic, World Trade, Conspiracy, and actually Circa. 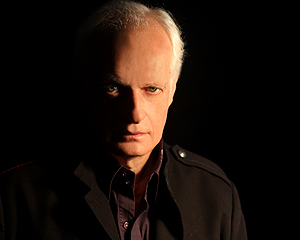 The group keyboardist was Tony Kaye. Tony is a British keyboard player, born Anthony John Selvidge (you can find the surname Selridge around, but it is wrong) on January 11, 1946, in Leicester, England.

He is a natural musician, that showed an early affinity for the piano and began taking lessons at age four. As a child he showed an interest in classical music, and by age 12 he was already giving concerts.

He is best known as the original pianist and organist for the progressive rock group Yes from 1968 to 1971, that rejoined Yes from 1983 to 1995. In addition to his involvement in Yes, he was also a founding member of the 1970s major-label rock bands Flash, Badger, and Detective, and joined power-pop group Badfinger in time for their last album in 1981. Actually he is a member of Circa.

The following are live videos of the songs Yoso and Walk away published on the YouTube channel of Frontiers Records:

Yoso released a CD named Elements in July 2010 with Frontiers Records that is still around. In fact it is a double CD, where the main disc contains 12 new songs:

and the second disc contains live tracks that are a mix of new songs plus legendary successes of Toto and Yes revisited:

Listen and shop on

Opinions on the WEB

The following are some opinions about Yoso that I have found on the WEB.

Matt Wardlaw attended to a concert in Cleveland in 2010, and on Addicted to Vinyl wrote:

… I’d classify the show as “good but not great,” which is not meant to be a slam – it’s just constructive criticism of the show that I saw. Most of that falls on the hit and miss vocals from Kimball – when he was on, he was great (for example – a great solo piano version of “Burn Down The Mission” by Elton John), but when he was off vocally, it was pretty painful to listen to. The Yes material is pretty far out of his vocal comfort zone and he even sounded suspect on some of his own material from Toto (although “Rosanna” and especially “Girl Goodbye,” were great). Sherwood took many of the lead vocals on the Yes material and hearing the title track from the 1997 Yes Open Your Eyes album was a really nice surprise. Kaye had all of the keyboard samples properly dialed in, so all of the Yes and Toto material sounded faithful to the recorded versions, which is always a plus. …

… While new material can often be a liability for classic rock-based projects, the material from the band’s Elements album was actually some of the best stuff in the setlist for Thursday night’s show.  Kimball’s vocals would seem to be a curious match with the proggier sound of Yes-like material, but as it often happens, the songwriting wins out on this project and delivers a successful music mix that is a very enjoyable listen. …

On Rock Realms is written:

… The sound of the first disc unsurprisingly takes cues from both parent bands, although – because of the origin of the vocalist – the result tends to lean more towards Toto. This is laid back rock that mixes groovy bass lines, intricate keyboard passages and technical if inoffensive guitar work. There are numerous sweet harmonies, and Bobby Kimball puts in a dominating if wavering lead vocal performance. For me, he’s a touch hit and miss on this album. He occasionally teeters on the edge of out-of-tune-ness, and the vocals only fully come together on a few songs. It’s a real shame, because there is plenty of talent here, and some good writing going on. …

… Regardless of the issues, this is a classy if flawed release. I suspect not everyone will love it, but there should be enough here for fans of these guys previous work. …

Robert Lanham on The Awl has posted an article titled “The Second Worst Supergroup Of All Time“:

… The band sounds more like Eighties-era Yes than vintage Toto, which is the closest thing to a compliment I can offer. …

… We’d no doubt have been blown away by the sheer awesomeness of Yoso. And let’s just keep our fingers crossed that Yoso doesn’t spearhead a trend. …

… To their credit, Yoso isn’t the worst supergroup to ever record an album. That title goes to Chickenfoot …